Nigeria’s international musician, Bisade Ologunde popularly known as Lagbaja embarked on a month-long tour of the United States of America. The tour will see Lagbaja and his 8 piece Motherland band perform at 15 different cities. It ends on May 17, 2015 at Washington DC.

I will be opening for him in Atlanta on May 10 at the popular concert space – The Variety Playhouse. Click here for more info 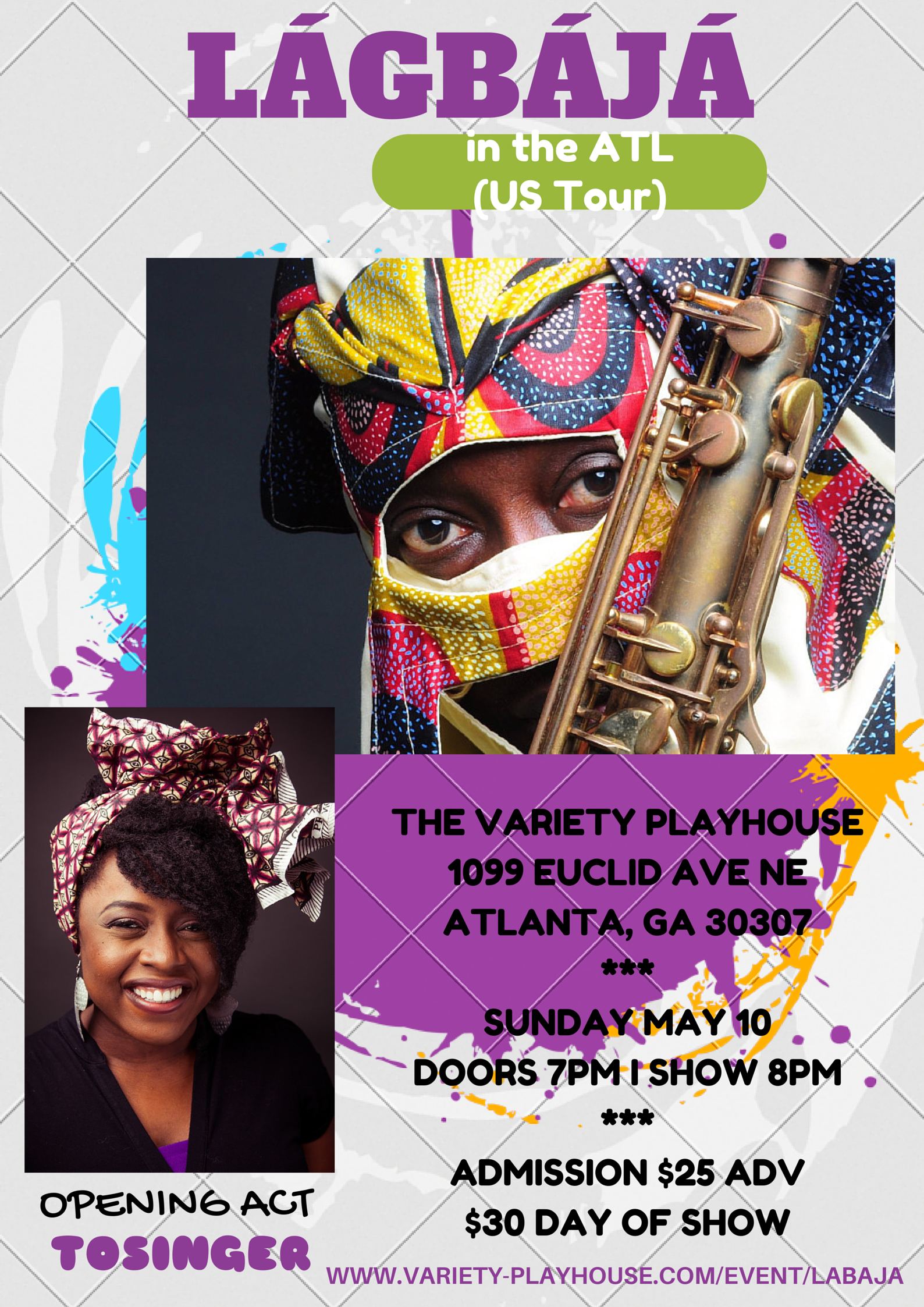 Atlanta based, eclectic afrosoulful artist, Tosinger. opens for legendary afrobeat/afrojazz artist from Nigeria – Lagbaja on May 10 at 7pm at the Variety Playhouse, Atlanta